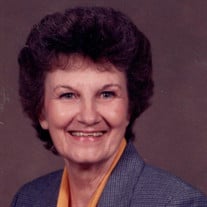 Wilma Marie Baker, known to her family as Sis, daughter of Joseph and Rebecca Humphery Looney, was born November 7, 1929, in Conway, Missouri. She departed this life Friday, November 12, 2021, in Lake Parke Senior Living in Camdenton, Missouri, at the age of ninety-two years, and five days. On December 11, 1948, she was united in marriage to Harold Eugene Baker and to this union two sons were born. She was preceded in death by her parents; her husband, Harold, on April 23, 2004; and several brothers and sisters. Wilma is survived by two sons, Michael Baker, and his wife, Jan, and Richard Glen Baker, and his wife, Linda, all of Camdenton, Missouri; three grandchildren, Rebecca, Lacey, and Nicholas; four great-grandchildren, Markus, Chloe, Finn, and Juniper; a sister, Ada Copeland, of Springfield, Missouri; a number of nieces and nephews; as well as a host of other relatives and friends. She was raised in Conway, Missouri, and attended Conway Schools. After she and Harold were married, they made their home in the Conway and Lebanon area. They moved to Champaign-Urbana, Illinois for a job opportunity in the early 1960’s and spent several years there before moving back to Missouri where she and her husband operated Scott’s Shoe Store in Richland, Missouri. Their final move was to back to Lebanon where they managed the Scott’s Shoe Store in Lebanon and later Wilma worked at Dryer’s Shoe Store. After she retired in 2004, she spent several years in Lebanon. She spent the last few years at Lake Parke Senior Living in Camdenton where she was closer to her family. Wilma was a faith filled lady. She set aside time every day to read a daily devotional and spend time in prayer. She was a lifelong member of the Methodist church, most recently as a member of the First United Methodist Church in Lebanon. She was a shy, quiet person with a kind personality. In her spare time, she enjoyed reading, feeding and watching birds in her yard and most of all spending time with family. Although she never played the game, in her later years she found a passion for watching professional golf on TV. Wilma was a loving mother, grandmother, great-grandmother, sister, aunt, caring friend and a devoted homemaker. We celebrate her life and will cherish the wonderful memories she created during her lifetime. Graveside services will be Tuesday, Nov. 16 at 11 a.m. at Graceland Cemetery in Conway, Missouri. Friends may call at the funeral home at their convenience. A memorial has been established to Graceland Cemetery and may be left at the funeral home. Funeral arrangements are under the direction of Holman-Howe Funeral Home of Lebanon.

The family of Wilma M. Baker (Lebanon) created this Life Tributes page to make it easy to share your memories.

Wilma Marie Baker, known to her family as Sis, daughter of Joseph...